In the previous post I talked about having a smartphone in the field, and how I had not yet tested the waterproofness of the Samsung Galaxy S5. Welp, I accidentally tested it two weeks ago while out in the field on another coring trip. This time in a lake.

It was my very first lake coring trip, so I was excited to observe how the raft was anchored, positioned, and moved. In my excitement, I forgot that I had my phone in my pocket (as I usually do). Walking along the edge of the lake to position the first anchor point, the bottom suddenly disappeared and I found myself in knee-deep mud and waist-deep water. After fits of laughter and finally getting myself dislodged I remembered my phone (okay, more like 10 minutes later). “Oh no!” was my first thought. “Oh, wait…” was my second. Sure enough, phone coated in mud, wiped off, and still ticking. Yay for field photography when no one else is willing to get their real cameras (or phones) wet!

END_OF_DOCUMENT_TOKEN_TO_BE_REPLACED

Once upon a time (back in 2011) I wrote an article on the accuracy of smartphones in the field compared to dedicated GPS units (click here to read it). Coming back from the field has reminded me that nothing’s changed — I’d still rather use my phone than wait for the GPS unit to power up and figure out where I am.

There’s plenty more GPS apps for smartphones now than there was 5 years ago, but I still find myself consistently going back to Maverick (Play Store). It’s simple, lets me drop my waypoint, take a georeferenced picture, add in descriptions, and makes me happy. Used to use OruxMap (Play Store). It has great features, but for some reason I just click on Maverick for fast fieldwork.

It’s nice to see people getting on board with smartphones as GPS, from geography field trips (article) to research investigations (article). Not nearly the backlash when I presented at conferences oh so many years ago (*gasp*! How DARE you say some PHONE is as good as a $2000 Trimble?!??).

END_OF_DOCUMENT_TOKEN_TO_BE_REPLACED

I’ve recruited my 4-year old daughter to go “treasure hunting” (aka geocaching) with me. I’ve tried GeoBeagle before, with varying degrees of success. Usually I just get the cache info in GeoBeagle and input it as a waypoint in Maverick. Most recently I’ve been playing with c:geo, and find it to be much better (and cheaper. I’ll get to that later).

C:geo is more of a stand-alone application than GeoBeagle (or any other Android app I’ve tried). Like other geocaching apps, c:geo works with geocaching.com. Unlike GeoBeagle, you do not need a premium (ie: paid) geocaching.com account to download and store caches on your phone — c:geo will let you cache the locations directly. You can do this by inputting a geocode, lat/long, address, keyword, username, near you, live map (awesome feature), etc.

In addition c:geo can navigate you to the cache using Google Maps (great if you’re driving, as you get voice navigation as well), radar (have GPS Status installed), or compass. In a way, getting to the cache is almost too easy. And considering other accuracy validation I’ve done (which will be presented at the 33rd Applied Geography Conference in October 2010), I know the G1, and Droid Incredible, can navigate there within the apps’ reported accuracy.

Overall, if you’re looking for a really good, feature-packed, free geocaching app, I’d recommend c:geo. One caveat. I couldn’t manage to log in with c:geo until I re-downloaded and signed in with GeoBeagle. Only then would c:geo successfully log in. If you have a problem registering c:geo with geocaching.com, I suggest this work around. Happy caching! 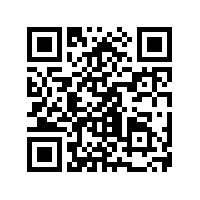 Anna Klimaszewski-Patterson is an Associate Professor in the Geography Department at California State University, Sacramento. She earned her Ph.D. in Geography from the University of Nevada, Reno in 2016. Her research focus is on developing/implementing tools and geovisualizations to advance landscape sciences. Specifically, she's trained in paleoecology, environmental archaeology, and landscape modeling. Her current area of application is the Sierra Nevada of California.